Charlotte Boating Under the Influence Attorney

Boating can be a fun, relaxing way to spend weekends and holidays with family and friends. For these parties, alcohol can be an expected addition to enhance or lighten the mood. Unfortunately, these parties can sometimes get out of hand, increasing the likelihood of boating while under the influence (BUI) or boating while impaired (BWI), which can be dangerous for all involved. For those looking for a Charlotte BWI lawyer, The Law Office of Kevin L Barnett can help. 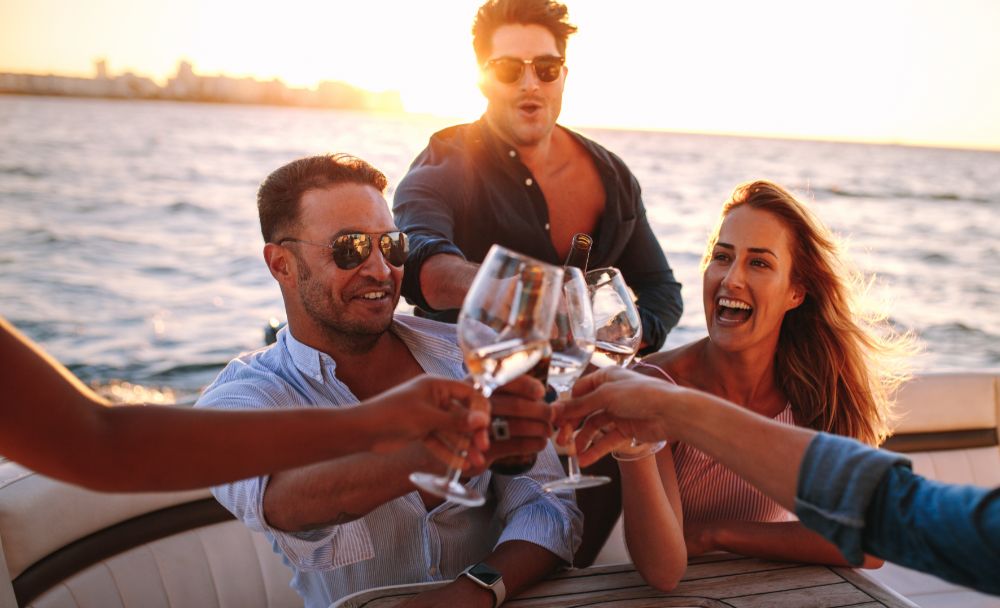 What Is a BUI?

In Charlotte, North Carolina, operating a watercraft while under the influence of alcohol or narcotics that impairs judgment or having a blood alcohol content (BAC) of 0.08 or above at any time after operating a vessel is grounds for a conviction of boating while impaired (BWI). According to NC law, being “under the influence” is defined as having consumed enough of a particular substance to lose control of one’s bodily or mental faculties, or both, to the point where there is a noticeably diminished level of functioning (NCGS 75A-10(b1) (2016); State v. Blankenship, 229 NC 589 (1948) ;). The State recognizes water skis, surfboards, and non-powered paddle boards as “vessels” in addition to motorized boats.

Is a BUI Different From a DUI?

In contrast to DWI, BWI/BUI charges do not require law enforcement officials to have “probable cause” to suspect that a crime has been, or will be, committed and can stop a boat in order to conduct an investigation into the safety of any boating-related scenario. Following all boating laws is always recommended to guarantee a boater’s safety and the safety of others. Police may approach a boater at any moment to undertake a safety inspection to make sure the vessel is outfitted with the necessary safety gear. This frequently results in an officer getting on the boat and opening a BWI inquiry. To stop a driver of a motor vehicle for a DWI, an officer must have reasonable suspicion, which is a set of identifiable circumstances that indicate criminal behavior is taking place.

Does a BUI Affect Someone’s Driver’s License In NC?

Someone’s North Carolina driving privileges are unaffected by a BUI charge alone, but if one’s license has already been suspended for a DWI, a subsequent BUI may result in further suspension. A person charged with BWI as a boater, water-skier, or surfer is not assumed to have given consent to chemical testing such as breathalyzers and blood tests, in contrast to a driver charged with DWI. Refusal to submit to such chemical analysis results in a one-year civil driver’s license suspension if they are arrested for DWI. When a BWI suspect declines to submit to a chemical test, there are no consequences for their ability to drive. Without permission or the presence of an emergency, an officer needs a search warrant to draw a suspect’s blood for a BWI blood test.

What Happens When a Boater Gets a BUI In NC?

A BUI is classified as a Class 2 misdemeanor and has a minimum fine of $250 and a maximum prison sentence of 60 days. The punishment that a person might receive depends on their record level, but the other related offenses are as follows:

Similar to state DUI laws, the more serious the charge, the harsher the penalties you may face. North Carolina’s misdemeanor and felony classification system takes into account subsequent charges, including subsequent BWI offenses, and increased penalties for these offenses are possible. Finding an experienced criminal defense attorney for these charges is essential for creating a strong defense.

Can People Have Open Alcohol on a Boat in North Carolina?

Boating while intoxicated rules are vigorously enforced and are the same as those that apply to operating a motor vehicle, even though open containers and drinking alcohol are permitted on boats. Beer and unfortified wine are permitted on all water vessels. Still, only vessels that can be deemed to be secondary residences are permitted with mixed drinks, spirituous liquor, and fortified wine. For example, for houseboats, having a fully stocked bar is permitted because the vessel doubles as both a house and a boat, so the same rules for owning liquor apply across all residences; however, smaller boats not considered residencies do not have the same protections.

Seek Legal Help for a Boating Under the Influence Offense

Drinking while around water can be dangerous, so North Carolina law puts restrictions on how intoxicated individuals can get on different boats and watercraft to help mitigate any alcohol-related accidents and drownings. Staying safe when drinking is always important, and avoiding any BWI charges begins with understanding the serious penalties for these offenses.

While a BUI does not carry the same penalties as a DWI, it is still a significant charge that can have a detrimental effect on anyone’s record. Finding a criminal defense attorney for a BWI charge should be the first step taken after receiving any charges, ensuring proper representation for any subsequent hearings. At The Law Office of Kevin L. Barnett, our legal team can help with any first or subsequent BWI offense, helping those accused avoid a permanent mark on their record. For more information about our practice, visit our website and request a consultation today.