Property crimes are some of the most common criminal offenses pursued by the justice department, and depending on the crime, they can carry a heavy sentence. Regardless of circumstances, those charged with breaking and entering deserve fair representation during any criminal trial and should be presumed innocent until proven guilty. At the Law Office of Kevin L. Barnett, we aim to help those in the Charlotte area find proper representation for breaking and entering allegations. 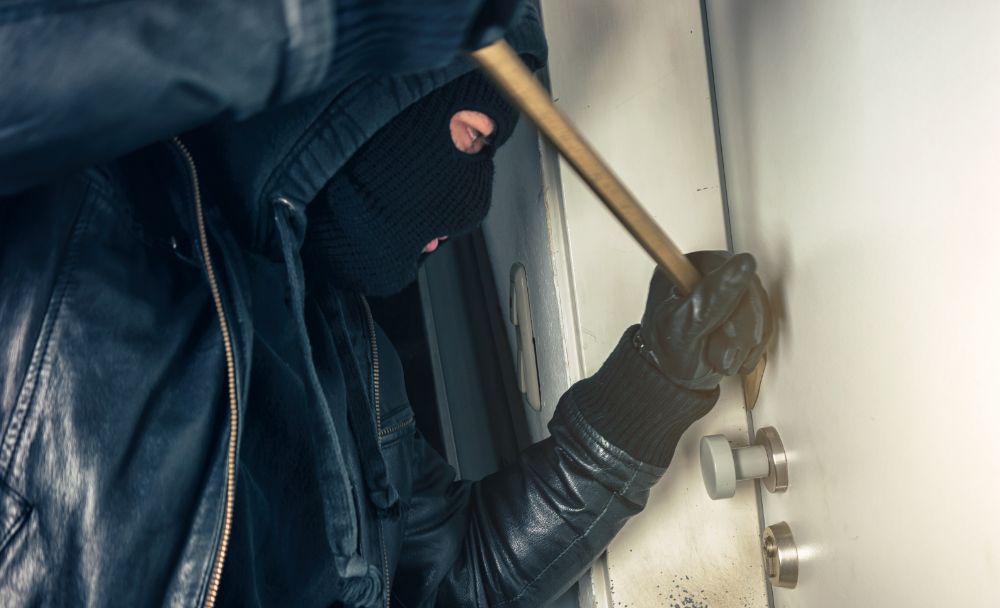 What Constitutes Breaking and Entering in North Carolina?

The definition of “breaking and entering” is just what it sounds like: invading someone else’s home or car without their consent or that of the property’s owner. However, certain people accused of breaking and entering may be prosecuted with either a misdemeanor or a felony based on the type of property and the purpose of the offense.

Is Breaking and Entering a Felony or Misdemeanor in Charlotte, NC?

Legally, any residence, whether one that is vacant, under construction or built to accommodate a business or other property, is regarded as a building. When someone wrongfully enters a building without authorization, it is a misdemeanor under North Carolina law, known as breaking and entering. Breaking and entering in North Carolina is a Class 1 misdemeanor, the highest and most serious misdemeanor classification under state law, even though it is “just” a misdemeanor. A Class 1 misdemeanor carries a fine imposed by the court and a maximum sentence of 120 days in prison.

Differences Between Robbery, Larceny, Burglary, and Breaking and Entering

Property theft crimes cover a wide array of charges, each with specific factors that impact their severity and sentencing level. Although robbery, larceny, burglary, and breaking and entering may seem interchangeable, they are vastly different crimes, and North Carolina punishes each differently. Each crime and its definition are as follows:

Other crimes, such as theft or possession of stolen goods, embezzlement, trespassing, and vandalism, are all counted as property crimes as well. The laws in North Carolina regarding stealing charges are intricate. Someone can be found guilty of a misdemeanor if the objects they are accused of stealing have a worth of less than $1,000. Anything valued over $1,000 that is taken will probably be charged as a felony. However, taking something from someone else will always result in a felony charge if they did it while the victim was there (robbery) or after breaking (burglary). The crime may also increase due to other circumstances. A defendant’s criminal background will also affect the specific penalty they receive.

How Are Felonies and Misdemeanors Charged?

The essential distinction between the two categories of offenses, besides whether the crime is considered violent, is punishment. The maximum term for a misdemeanor conviction is 150 days in jail. However, a felony conviction carries a minimum term of 12 months in jail. There is no set definition of the maximum sentence, and all offenses punishable by death are regarded as felonies.

The breakdown for misdemeanors is as follows:

Felonies, on the other hand, are split into ten different classes with distinct sentencing guidelines, varying based on the nature of the crime. From there, a defendant’s record is evaluated, and all prior convictions are matched up to a points system, which is then added up and put into a level system to determine the appropriate charges for the crime at hand.

The range of the current crime’s disposition is the last factor considered when selecting how to prosecute a particular offense. This range fluctuates according to the prior convictions’ felony classification, the nature of the most recent conviction, and the criminal history. The aggravated range is used in cases of violent offenses, the presumptive range is used as a typical range for felony convictions, and the mitigated range is used in circumstances when the ultimate verdict takes into account things like child support, family responsibilities, or countenance.

North Carolina’s system is hyper-tailored to each case; as a result, the expected judicial outcomes for a specific conviction can vary based on past prison time and convictions. For example, if a person’s first offense is a class 1 misdemeanor for breaking and entering, they will be sentenced to 120 days in prison; however, if the offense was not a first-time conviction, the penalties could be higher. Similarly, if the breaking and entering charge was pursued on the felony level, the charges could be more severe. Consulting a Charlotte criminal defense attorney to discuss these charges and the likelihood of conviction is critical preparation that needs to be done before going to court.

Finding Legal Representation For Breaking And Entering Charges In NC

Breaking and entering is a serious offense, and depending on the severity of the charges, it could result in heavy charges. Fortunately, for those in the Charlotte area, the legal team at the Law Office of Kevin L. Barnett can help provide the necessary support for any breaking and entering the case. To schedule a consultation with our team, visit our website and contact us today.