In North Carolina, assault is a criminal offense that takes several forms. If you find yourself involved in a situation where you are arrested for assaulting another person, the charges could range from a misdemeanor to a felony. Understanding your rights and legal options for defense in matters related to assault is essential. When you work with Kevin L. Barnett and his colleagues, you can rest assured that your case will be handled with the highest level of legal expertise.

As the premier criminal defense firm in Charlotte, NC, The Law Office of Kevin L. Barnett specializes in all matters related to criminal defense and works to help those accused of assault to fight their charges with integrity and compassion. When you need help with your criminal assault defense, you can trust that your case is in good hands and will receive the attention it deserves. 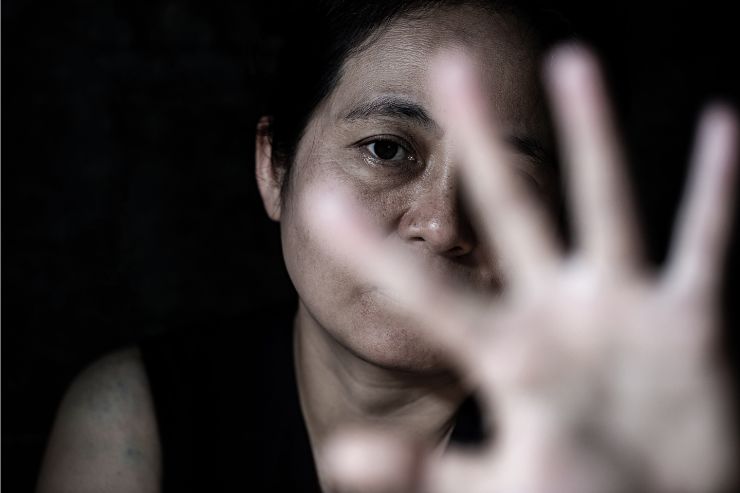 Attorney Kevin L. Barnett is no stranger to the legal process in Charlotte, NC. He has a proven track record of navigating the local courts using his extensive knowledge and relationships with judges and other courtroom personnel to secure a fair trial for your assault case. You need an experienced attorney working on your case to get you the best possible outcome and ensure you know exactly what to expect both inside and outside of the courtroom. Rely on an attorney who has over 20 years of experience helping clients through the criminal defense process.

What is Simple Assault in NC?

In the state of North Carolina, simple assault is defined as an argument or physical altercation in which one person unlawfully touches or threatens to touch another person with the intent to cause bodily harm and has the capacity to carry out the intended threat. Someone could find themselves facing simple assault charges if the victim of the assault suffers minor injuries and wishes to press charges.

Classified as a Class 2 misdemeanor, simple assault is still a very serious charge and should be handled in court with the help of an experienced criminal defense lawyer.

What is the Punishment for Simple Assault in NC?

The penalties for simple assault will depend on several factors – primarily the details of the assault and whether the accused has prior convictions. Penalties for assault for individuals who have no prior criminal convictions could range from probation to a sentence of up to 30 days in jail if convicted of simple assault. Individuals with prior criminal convictions can be sentenced to up to 60 days in jail and fines up to $1,000 if convicted.

While simple assault appears to be the least serious offense under the assault classification, the associated penalties can have a long-lasting negative impact on your life and can interfere with your ability to move forward. Hiring a qualified defense attorney to advocate for you is imperative if you wish to settle the matter with the best possible outcome.

How Long Does Someone Have to File Assault Charges in Charlotte, NC?

According to North Carolina’s criminal statute of limitations, prosecutors have a limited amount of time to file criminal charges for misdemeanor assault. In most instances, the time limit is two (2) years, with special exceptions made for abuse and/or sexual assaults involving children.

Can Someone Drop Assault Charges in NC?

The answer to this question will vary depending on the charges and the details of the offense. Ideally, you want to get through your criminal case with a verdict of not guilty, but having charges dropped or dismissed would also be a favorable outcome. In North Carolina, prosecutors file charges against defendants for assault. This means having charges “dropped” is not as simple as having a victim “take back” his or her accusation. Your best chance at having criminal assault charges thrown out will involve the work of a skilled defense attorney.

Assault cases are typically very complex and often include protective orders (also known as restraining orders), as well as physical, mental, and emotional pain. Once a claim of assault is reported and reaches law officials, the outcome of the claim is in the hands of the courts. Individuals facing assault charges should seek professional legal counsel to learn what defense options are available and prepare for court proceedings.

What Acts Constitute Assault in NC?

There are quite a few criminal offenses that qualify as assault in North Carolina, and the charges range from misdemeanors to felonies. If you find yourself involved in any of the following situations, you will be subject to charges of assault upon another person.

Penalties for Class A1 misdemeanors can include probation (possibly supervised), a jail sentence of 1-60 days (up to 150 days if a defendant has prior convictions), and a fine imposed by a judge. In cases of Domestic Violence, further consequences are likely. Supervised probation is often given on the first offense, and if subsequent offenses occur defendants face 30-day jail sentences.

Class 1 misdemeanors result in penalties ranging from probation to 45 days in jail for first-time offenses. Individuals with prior convictions can face up to 120 days in jail.

Regardless of classification, assault charges have serious consequences that can impact a defendant’s life well beyond the initial case. Please seek the help of a legal professional to learn what your rights are and how you can best present your case.

Talk to an Assault  Criminal Defense Lawyer You Can Trust

Depending on the details of your case, a criminal conviction for assault can land you with hefty fines, probation, or jail time. You will need an attorney who thoroughly understands the law, and who can give you a detailed explanation of how your case will be treated in the courts. Kevin L. Barnett is the local lawyer with the experience, expertise, and professional rapport you can trust to show up to court and present a compelling case on your behalf. He and his colleagues work diligently to present the best case possible for every client.

When you contact our office, you will have a chance to speak to a professional team of advocates who understand how to effectively represent clients in complex criminal defense cases. If you are in the Charlotte, NC area and require assistance with an assault case, please contact The Law Office of Kevin L. Barnett today.