Assault with a deadly weapon occurs when someone attempts to attack or attacks a person with a deadly weapon. An assault charge is a significant charge by itself in Charlotte, NC. Adding a weapon to the equation dramatically increases the severity of the charge and the potential penalties. Facing this charge can be nerve-wracking, especially since the charge could be considered either a misdemeanor or a felony. All the possible ways for this crime to be charged can make understanding the process difficult. Reaching out to a trustworthy attorney can help you understand these complexities. They can also guide you as you plan your next steps.

If you are charged with assault with a deadly weapon, your first step should be to speak with an experienced lawyer. This charge is serious, and a conviction could easily result in years of jail time. The Law Office of Kevin L. Barnett is no stranger to defending clients and guiding them through the Charlotte legal process. Our office has a proven track record of utilizing our extensive knowledge and relationships with courthouse personnel to competently navigate the local courts. This allows us to secure a fair trial for our clients who are facing an assault with a deadly weapon charge. Choosing an attorney to trust with your defense is difficult, but you can trust our over 20 years of experience aiding clients through criminal defense. 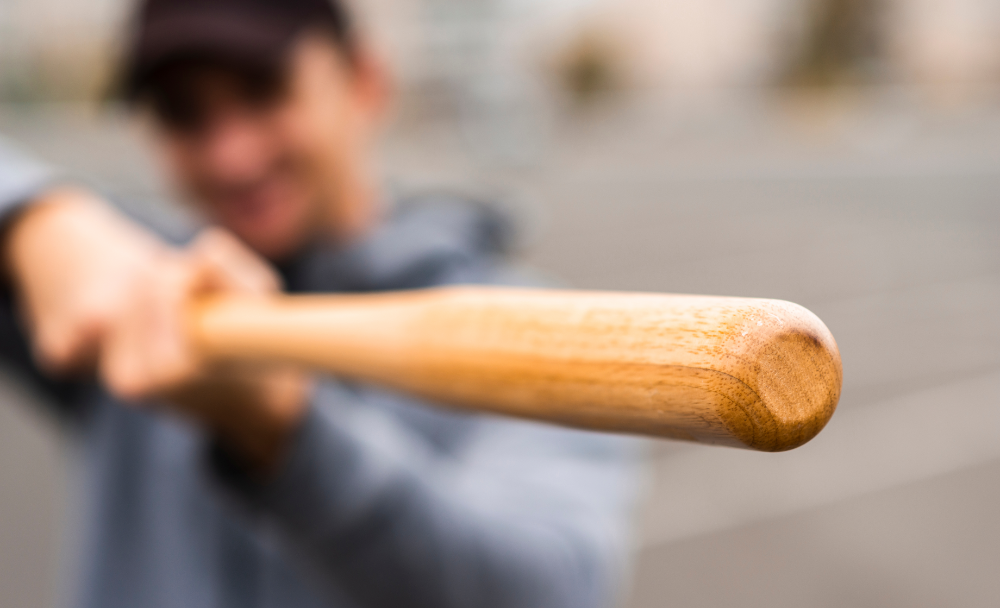 What Is Assault in North Carolina?

The most basic form of the offense is classified as simple assault and will be charged as a Class 2 misdemeanor. If you attempt to or threaten to physically injure someone else, if you do intentionally physically injure them, or if you are involved in a public physical altercation, you may be charged with simple assault charges. A first-time conviction for these charges can result in up to 30 days in jail and up to $1,000 in fines, or community service.

How Is Assault With a Deadly Weapon Different?

North Carolina considers assault with a deadly weapon to be an instance where an individual credibly threatens harm or harms someone with a deadly weapon. These more serious charges can apply even if no one is actually harmed in the assault, as the presence of the weapon greatly increases the potential for the victim to be seriously injured or even killed.

There are three ways that someone in North Carolina can be charged with felony assault with a deadly weapon:

The words and actions of the assailant are used to establish intent to kill, even if they did not kill the victim. Intent to kill and/or a resultant serious injury are two major elements that must be proven in felony cases.

Concerning these charges, an injury is considered serious if it causes:

One defense that an attorney will use to support their accused client is questioning whether the injuries are actually considered serious. They will seek to prove that the other party or parties did not suffer any major injuries or even any injuries at all.

What Is Considered a Deadly Weapon?

The General Statute specifically does not define what is or what is not a deadly weapon. In this instance, it could be any item that could kill or seriously injure another individual. The typical weapons fall into this category: guns, knives, blunt objects, etc. But nontraditional weapons can also be considered deadly weapons since the definition is intentionally vague. Everyday items that fit this description include:

The law allows for almost any object to be considered a deadly weapon, depending on the intent of the attacker.

What Happens After Being Arrested in North Carolina?

Being arrested can be a terrifying experience, especially in the case of an assault with a deadly weapon. Not only were you in a high-stress environment during the assault, but you could also be facing felony charges. Understanding the arrest and subsequent steps can help you be more prepared.

Penalties for a Conviction of Assault With a Deadly Weapon?

Charges from the prosecutor will depend entirely on what they can prove to the court and range from a misdemeanor to a felony. If they cannot prove either that the defendant had the intent to kill or that the injuries sustained were serious, then the charge will be a Class A1 misdemeanor. This can result in up to 60 days in prison for a first offense and up to 150 days in prison for subsequent offenses. Although it is a misdemeanor, the penalties are serious and should not be treated lightly.

If the prosecutor believes there was either intent to kill without injury or serious injury inflicted, the resulting charge will be a Class E felony. The penalty for a first-time offense is between 15 and 31 months in prison, with a presumptive sentence of 20 to 25 months. The judge can impose a sentence outside of this range, but it must be justified with a reason for the deviation.Any previous felony convictions can increase the potential prison time to up to 63 months.

If the assault results in serious injury while also having the intent to kill, the charge increases to a Class C felony. A Class C felony is punishable by up to 44 to 98 months of prison time, with a presumptive term of 58 to 73 months.The potential prison time increases to 182 months if the person has prior felony convictions.

With each level of charge, there will be court costs, fines, probation, restitution to the victim, and other miscellaneous charges associated with the conviction. The victim or the victim’s family may also file a personal injury claim for financial damages in civil court.

Potential Defenses Against Assault With a Deadly Weapon

A defense attorney’s intent is to either reduce or dismiss charges against their client. Because felony offenses of assault with a deadly weapon require proof that the defendant intentionally assaulted the victim by using a deadly weapon and causing serious injury, there are a few ways to defend against these charges.If the client has been accused of felony charges, it can be argued that neither factor applied in this case. If that can be proven, the charges can be reduced to the misdemeanor level, with much more lenient punishments.

The last two common defenses for those charged with assault with a deadly weapon are voluntary consent or accident. If the injured party consented to the use of the deadly weapon on their person or voluntarily made contact with it and injured themselves, this factor can be used in the defense. If the defendant did not mean to use a deadly weapon or cause the victim harm, it can be argued the injuries were accidental.

Getting an Assault With a Deadly Weapon Charge Expunged

The purpose of an expungement is to get a fresh, clean start on your record. It erases the charge so that the general public cannot see the record of it happening. There are a few ways that an assault with a deadly weapon charge can be removed from your record:

Unfortunately, it is not possible to remove an assault with a deadly weapon conviction from your record. The expunction law only applies to low-level, nonviolent misdemeanors or felonies. For this reason, it is important that you speak with an experienced criminal defense attorney like those at The Law Office of Kevin L. Barnettto build the best possible defense to reduce the charges or be found not guilty.

Q: Is Assault With a Deadly Weapon a Misdemeanor or Felony?

A: Assault with a deadly weapon can be either a misdemeanor or a felony, depending on the circumstances of the case. If there was no intent to kill or serious harm was not caused, the charge could be a Class A1 misdemeanor. If there was intent to kill and/or serious harm was caused, the resulting charge would be a felony. If one is present, it will be considered a Class E felony; if both are present, it will be considered a Class C felony.

Q: What Are the Consequences of Being Convicted of a Felony in North Carolina?

A: A felony charge is serious and can result in life-altering consequences. There are the obvious: incarceration, fines, probation, restitution, and court costs. However, there are lesser-known consequences that will affect many areas of your life. These include:

Fortunately, these rights will be returned once the conditions of the conviction have been met.

Q: What Are Potential Defenses Against Assault With Deadly Weapon Charges?

A: Assault with a deadly weapon can be difficult to prove by the prosecutor because of the burden of proof that must be met. It can be argued that the injuries sustained by the other party are not serious. It can also be argued that the defendant did not have the intent to kill the victim. Both are major aspects of an assault with a deadly weapon charge.

Speak With a Criminal Defense Attorney You Can Trust

Depending on the circumstances of your case, you may be facing the most serious class of misdemeanor or a felony. The effects of an assault with a deadly weapon charge can be life-altering and impact you in ways that you may not expect. You will need a knowledgeable attorney with experience in North Carolina criminal courts. At The Law Office of Kevin L. Barnett, we thoroughly understand the laws and can give you a detailed explanation of how your case will likely be handled in the courts. We have the knowledge and expertise to build the best possible defense for each of our clients.

When you reach out to our office, you will have a chance to speak with our professional team of advocates who understand the turmoil that you may be feeling while facing these charges. Contacting The Law Office of Kevin L. Barnett is the first step you should take if you require assistance with an assault with a deadly weapon charge.